What happened this past August has sparked what many are calling an Astronomy revolution.

For the first time ever, we could both hear and see a cosmic collision of two neutron stars.

So why are we not talking about the fact that this proves other dimensions exist?

Physicists Believe There Are 11 Dimensions

Theoretical physicist Michio Kaku explains this beautifully in two and a half minutes:

I find it fascinating that he compares each dimension to a brain, believing that the final brain could be considered “the mind of God … cosmic music resonating throughout eleven dimensional hyperspace.”

Interesting also was a study published in Nature’s Scientific Reports back in 2012, suggesting that the universe may be growing in the same way as a giant brain – with the electrical firing between brain cells ‘mirrored’ by the shape of expanding galaxies. 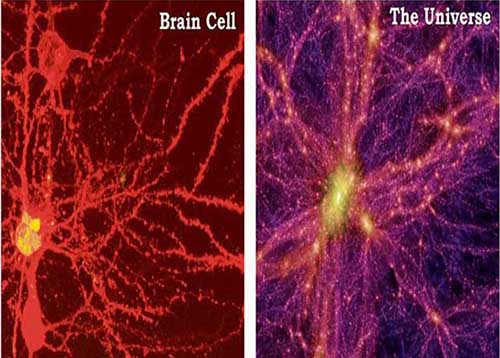 Scientists Have Discovered That the Human Brain Operates in 11 Dimensions – and Possibly the Nervous System:

“The mathematics usually applied to study networks cannot detect the high-dimensional structures and spaces that we now see clearly.”

Researchers observed groups (cliques) of neurons within the human brain react to stimulus to form complex geometric shapes until they vanished.

They’ve found similar structures in the nervous system of the worm C. elegans (Varshney et al., 2011) that they say suggests ” … the presence of high-dimensional topological structures is a general phenomenon across nervous systems.” (including humans)

What Happened In August Ties This altogether

For the first time in our history, scientists witnessed a kilonova: two neutron stars collapsing into each other that took place 130 million years ago, resulting in a burst of gamma rays streaming through space that rippled the very fabric of the universe – finally reaching Earth on Aug. 17.

What makes this event so unique and revolutionary was that scientists were able to observe both the electromagnetic radiation (light) and the ripple effect in the fabric spacetime this cataclysm created through gravitational wave detectors developed in 2015.

The first ever optical counterpart to a gravitational wave event.

Einstein was right once again. Gravitational waves travel at lightspeed.

“The era of gravitational wave astrophysics had dawned, but now it’s come of age. . . . We’re able to combine dramatically different ways of viewing the universe, and I think our level of understanding is going to leap forward as a result.”

– Julie McEnery, an astrophysicist at NASA’s Goddard Space Flight Center in Greenbelt, Maryland, who was involved in the effort.

What is a gravitational wave?

They are ripples in the shape of space and time. They allow us to observe pitch, amplitude and frequency, essentially giving us the ability to hear the universe. 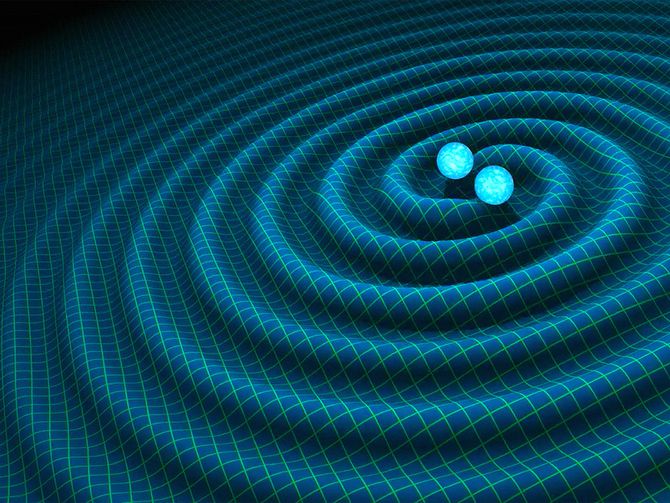 In a new study released this past June, Scientists at the Max Planck Institute for Gravitational Physics suggest evidence of extra dimensions could be hiding in gravitational waves.

Your average gravitational wave is extremely weak and difficult to detect. They are in fact passing through as all the time causing us to stretch and expand. Attempting to validate gravitational theories with this kind of data to work with is basically impossible.

Two neutron stars colliding into each other, however, each containing the mass of our sun condensed into that of a city – a teaspoon of its material weighing about one-billion tons on Earth …

This is exactly what they have been waiting for.

READ  George H. and George W. Bush Trash Trump in New Book=> Then Admit Neither One Voted for Him

What This Discovery Actually Means

It proves that there are other dimensions than our own. Parallel universes, multiverse theory where every possibility is actualized, are no longer science fiction.

Even the Mandela Effect now has a leg to stand on.

It explains so many phenomena in quantum physics, such as entanglement or how consciousness alters reality. After all, our 11th-dimensional brains are miniature versions of the observed universe, and seemingly just as capable.

Think about that for a moment, you have a universe between your ears that operates on 11 dimensions. 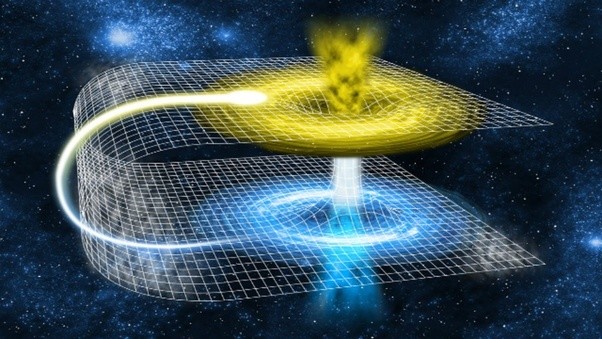 The new science they are referring to is inter-dimensional access, or what they are calling “multi-messenger astronomy”.

The fourth dimension is time. Imagine the possibilities of accessing time travel.

This is one of the major reasons why CERN has been smashing particles together – tearing apart the fabric of space and time, creating black holes in search of inter-dimensional access.

This is not a theory they are very open about their agenda.

What is not being openly discussed, is whether or not they have been successful. 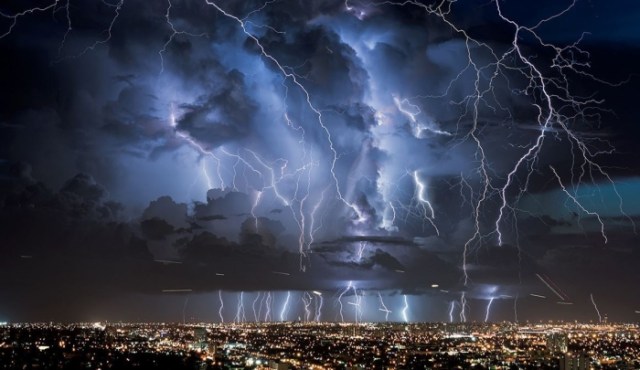 The House Intelligence Committee suspects journalists may have been paid to report on alleged Russian interference in the 2016 presidential election.  Rep. Devin Nunes (R-CA) is demanding Fusion GPS, the firm behind the infamous ‘Trump […]

In her new book, “Hacks: The Inside Story of the Break-ins and Breakdowns that Put Donald Trump in the White House,” Democrat operative Donna Brazile says Rep. Debbie Wasserman Schultz was unusually calm after the so called DNC […]

In her new book, “Hacks: The Inside Story of the Break-ins and Breakdowns that Put Donald Trump in the White House,”  Democrat political operative Donna Brazile recounts Hillary Clinton’s reaction to Seth Rich’s murder. Hillary blew […]

What in the world? President Donald Trump’s nominee for head of the Department of Homeland Security is a bleeding heart lunatic. Kirstjen Nielsen told Europe to keep their borders open to millions of more third […]

The Clinton machine is losing support in its fight against an avalanche of explosive accusations, ranging from rigging the 2016 Democrat primary to helping sell a sizable portion of the United States’ uranium supply to […]